How Well Do You Know Your Child 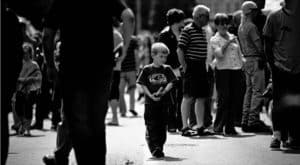 One young boy at the age of 6 with Aspergers was having a particularly hard time at school. As his mother pointed out, the school did not have a special needs program and his teacher had no idea of how to deal with him and they wanted him to go elsewhere. I profiled him, outlined his personality traits and his learning style. I gave his mother suggestions on how to communicate with his traits, which she took on board and also gave to his teacher. They quickly found an improvement in his behaviour. That was over 4 years ago and his mother recently told me her son is still doing well, going from strength to strength. He has had his ups and downs as his mother points out in the video www.youtube.com/watch?v=tmmoIxMctvw recorded more than 3 years later. His future is now far better than it would have been.

His greatest problem, like so many other children, has been the teachers and school principals who didn’t understand the power, effectiveness and necessity of being able to communicate with the personality traits of such children. Every child is different and as my friend Randa Habelrih wrote in her book Dealing With Autism, “Once you have met one child with Autism, you have met one child with Autism”. Every child is different to the next child and this goes for whether they have such a “condition” or not. Each and every child has many traits and every trait has an upside and a downside, strengths and weaknesses. When you understand both sides of their traits, how together they form the overall personality and you know how to communicate to them you can change their lives. These children in particular are some of the smartest and talented kids you’ll ever find. It’s up to you; their teachers, parents and carers to give them wings to fly