There are 4 skills you can utilize to work out how a person feels, what they are trying to conceal and how they prefer to behave in any situation. 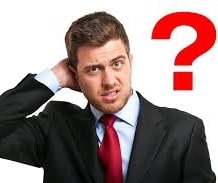 Firstly, Body Language can tell you how a person is emotionally feeling at any point in time. A person’s movements, especially their hands, unconsciously give away if they are engaged or disengaged in a conversation, if they are comfortable of feeling uneasy.  The mistake most people make though is to think one indicator, like crossed arms for instance, means the same thing in every case. Each indicator can occur for many different reasons. It can have a pertinent reason or no significant reason at all.

Secondly, Micro expressions, those expressions that very quickly flash on a person’s face as they unconsciously react to something that’s said or done, giving away what they are trying to conceal. Not necessarily that they are lying, but that there is something they don’t want you to know.  They can be as quick as one fifth of a second down to one twenty fifth of a second in duration.  There are seven universal expressions;

If you feel one of these emotions, it will look the same whether your a remote island villager, you live in a capital city, or even if you have been blind from birth, that expression will look the same. Micro Expressions should also be read in context, in clusters and congruency with the situation. They enhance the results of reading Body Language and together they give you greater accuracy to understanding what a person is felling and thinking.

The third and most powerful skill is being able to read a person’s personality without you having to asking a question or them speaking a word.  Human Trait Recognition show you how to understand what’s written on their face 24/7. The ability to be able to recognise how they consciously prefer to think, feel and act.  Where the eyes are the windows to the soul, the face is the window to the mind, and the face contains a history of each person’s preferred behaviours. It’s all stored in the ridges and valleys of the facial muscles. There is around seven billion on the planet, each and everyone with a personality that is uniquely theirs. Where psychometric profiles put people in boxes, HTR sees them as unique and valuable individuals.

NLP or Neuro Linguistic Programming (the use of words to create outcomes) is the forth skill. A leading tool in negotiations, counselling work and sales; NLP is a powerful support tool to the other three skill.   For instance, in uncovering deception, Body Language and Micro Expressions are far easier to read when questions are posed in a way that forces the person to concentrate more on what they have already said and what they are about to say next.  The truth “leaks” more freely through their body movements and facial expressions.